Welcome To The Frances Fleet!

We havea  few more spots open for the Fathers day  weekend. Sunday am is sold out and the other trips are getting close. Reservations booked online at Francesfleet.com

Captain rich reported a slow day on the fluke grounds. We worked the grounds hard but could not a solid bit happening. Anglers tried everything they had but no real numbers. Biggest fish was around 5 pounds. Back at it tomorrow and looks like we will have a drift with the sw wind.

Captain Greg reported a Ok day on the grounds. It was tough fishing all day but by days end we put a catch together. Gulp tipped eye ball jigs have been to the go this year. Biggest fish was around 6 pounds. There has been pile and pile of sand eels showing up on the grounds and there should be more fluke right behind it. Sailing every day by reservation. 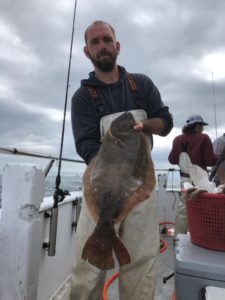 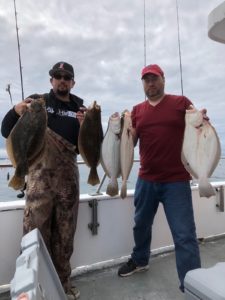 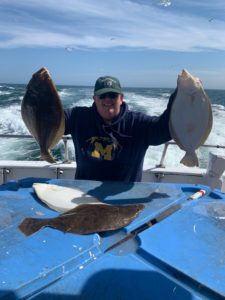 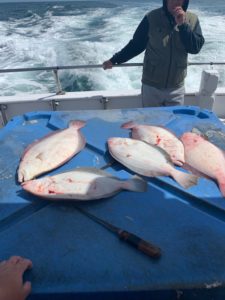 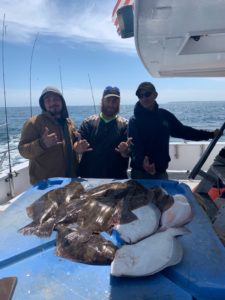 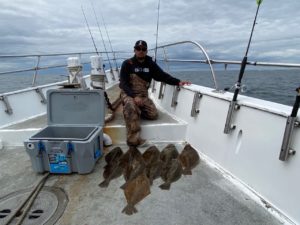 Captain Rich reported another good pick on the full day grounds. We worked the grounds hard and put a good catch together. The  quality of the keepers has been great. A good showing of fish over the 5 pound mark. Biggest fish was around 7 pounds. Sailing tomorrow and this upcoming week looks nice. Reservations booked online at Francesfleet.com

Captain Rich reported another good catch on the full day fluke grounds. We worked the same area as yesterday and found the fish waiting. We had good drift and slow one and a few with the grey ones but by days end we had a good catch put together. Nicer size stuff in the mix with many fish over 5 pounds. High hook had a limit with a few other close. Sailing this weekend and the weather looks great. Plenty of room and reservations are booked online.

Captain Greg reported a much better day on the fluke grounds. The morning started off on the slower side with only a keeper here or there. We got a call from a friend of a bite that was starting to show some promise. We worked the grounds hard and were treated to a nice trip by days end. Biggest fish on the day was around 6 pounds with a few other nice ones in the 4-5 pound range. Back at it tomorrow at 7am on the Gail with plenty of room. Reservations are booked online.

We we are up and running on our new website and things look great. We hope everyone can check out all the new features. We have streamed line the booking. If you click on a type of trip only those trips will show on the calendar.  If you have any questions or cant find something please call the office and we can walk you through it

Fluke fishing this year has been a roller coaster ride. Good day and very slow days. This week Tuesday saw good fishing with a few limits around the boat. Gulp and eye ball jigs were the ticket to boxing limits. Wednesday was a much different story with very slow drifts and almost no bite to speak of. The dog fish have been a slight problem on some of the zones. The fish are still cover in lice which means they are on the move. Things will get better and we will be fishing every day weather permitting at 7am

Captain Rich reported a much better weekend then the end of the week. We went back to the south side and worked the grounds. Saturday saw good action in the morning and then right on the tide switch it was all over. Today saw action through out the day and both days put OK catches together. The fish seem to be still moving in as they are covered in bugs still.It will only get better and even better when sea bass opens on the 24th.

Captain Frank and Captain Greg were very happy to start the Half day season. The only problem was that no one told the fish it was time to start. The fish was on the very slow side. A handful of keepers and shorts rounded out both trips. We did alot of looking around and marked lots of bait but no one was hungry. Tomorrow is another day and we will be back at it at 8am and 1pm.

No trip tomorrow with the southwest wind forecast.

Captain Rich reported a tough day on the fluke grounds. We had another funky drift day and was had a visit from the grey ones. We had a nice group of angler who did not mind rain in the forecast. We picked a few keepers and shorts but way way off from where we have been.

Captain Greg reported a slightly tougher day on the full day grounds. We had a great group of anglers but the drift was just off. We went back to where we had the fish yesterday and started drift. We had slow drifts, fast drifts, sideways drifts and backwards drift. We did the best of what we had and chipped away. Still a very good showing of fish on the grounds covered in lice so it is only going to get better. Biggest fish was around 5 pounds. Back at it tomorrow.

We were finally able to get back on the squid grounds after a windy few weeks. The fishing was very off from what we had early season. The wind was strong but as soon as the sun went the wind stopped. We marked some good squid and saw a bunch cruising the surface but they did not wanna chew. We tried a few areas but never good a bite happening.